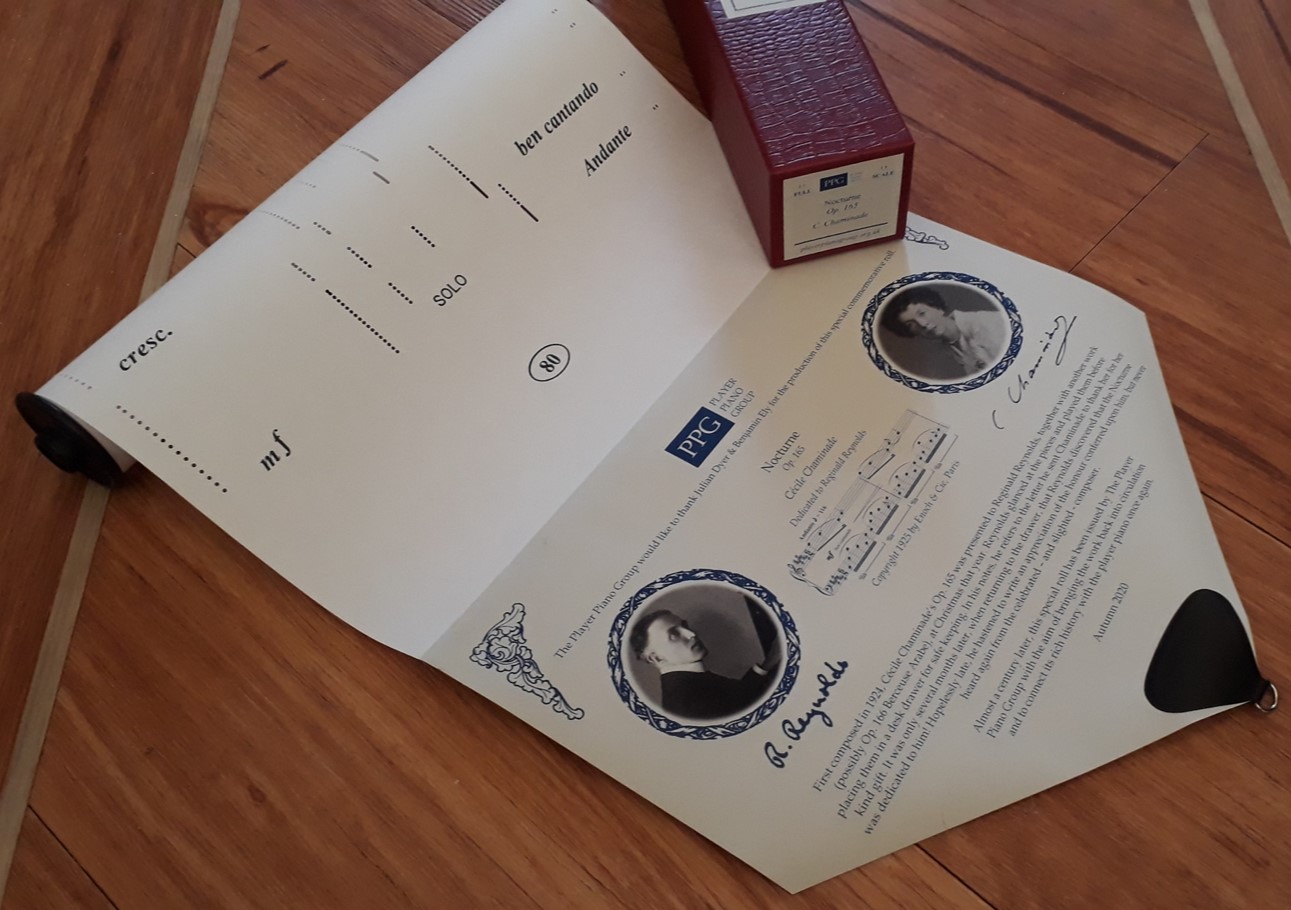 The PPG is pleased to announce the release of a special 88 note (accented) roll, Chaminade’s Nocturne, Op. 165. First composed in 1924, this piece was presented and dedicated to London Duo-Art recording engineer Reginald Reynolds. Unfortunately it became the reason that the two never spoke again, as Reynolds had not noticed, or acknowledged, the honour until it was too late!

Almost a century later, this special roll has been issued with the aim of bringing the work back into circulation and to connect its rich history with the player piano once more.

Each copy is £13.60 (to UK PPG members), including postage and packaging. Members outside the UK should ask for P&P rates before placing order.

Rolls can be purchased by non-PPG members at £15 (plus P&P) per roll.

Please use the “contact us” form to request ordering information.