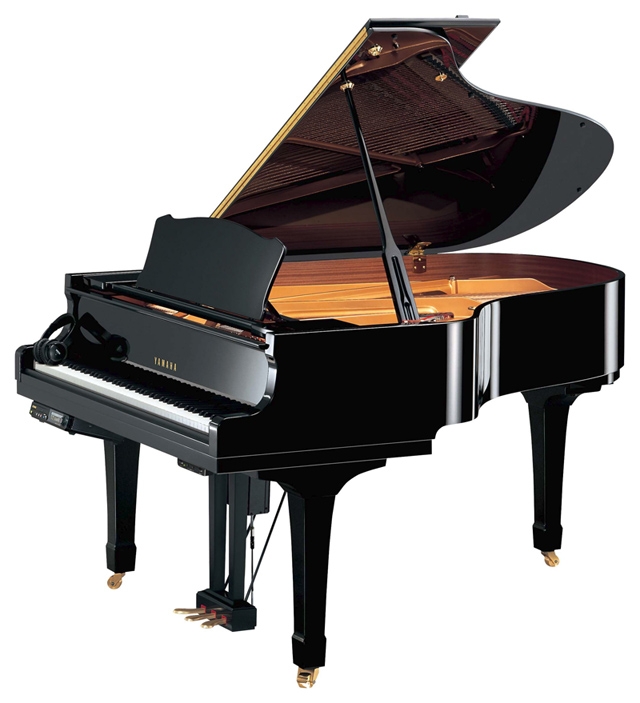 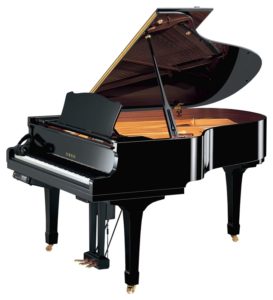 My first encounter with a Yamaha Disklavier came at a social meeting with Gladys Harris in 1989. It was black, glossy and upright and made by Yamaha. Despite being advised by our host to ‘clear your mind of all prejudice and just listen to the music’, I, being a young diehard, thought that, without the rustle of paper and the throb of an electric motor, it couldn’t, or shouldn’t, have a place at a PPG meeting! Yes, the piano-playing was good, but definitely… No! Seeing and hearing a Disklavier tinkling away on the landings at Harrods, competing with the rumble of the escalators and the hubbub of exuberant shoppers, did little more to attract my attention. And so into oblivion it went.

During this time I was persuaded, out of curiosity, to attend a demonstration at the Royal Academy of Music of their Bosendorfer SE and its Rolls Royce installation of an electromechanical solenoid record/playback system. There it was on stage, a Bosendorfer Imperial concert grand… with wires attached to an array of computers, guarded by men in white coats. A pianist played some Chopin, a few minutes’ silence for adjustments, and then it replayed the performance, note-perfect but slightly louder. Impressed, yes, but not at £75,000 (a great deal at that time), even if the men were included!

Time passed and the 1990s were spent coaxing the very best performances possible from my Duo-Art and Ampico pianos. The Disklavier, a passing acquaintance, faded into a distant memory. That was until I arranged a PPG social meeting with Richard Stibbons in Cromer. I knew that Richard had a Pianola, enough for any good meeting, but on arrival found, resplendent in glossy black, a Yamaha Disklavier Grand. Was this to be an ‘Elephant in the room’? No!

I should point out that the Disklavier will not only play pre-recorded music available from Yamaha, but also Midi files directly from a computer. Many Duo-Art and Ampico rolls have been scanned over the years and converted into Midi files. The notation is usually accurate but the conversion of the coded dynamics has been a problem, to my mind, not yet fully resolved. Knowing that Christine Robinson, a staunch ally of the Ampico system and collector of rolls, was attending the meeting, Richard had made available many of the converted Ampico rolls for playing on the Yamaha. Christine was in her element choosing one roll after another. I am sure that the Steck in the corner was really miffed! I listened with avid attention, but was quite sure that the performances, although enjoyable, were not accurate. 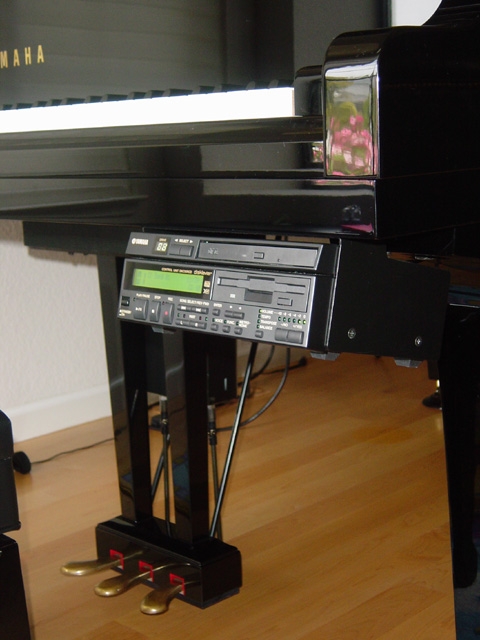 Richard, although seeing that Christine was having a great time working through the Ampico list, was aware that I was not convinced and was fairly-luke warm over the conversion process. ‘Do you want to hear what the piano can really do?’ Richard whispered in my ear. ‘Yes!’, I said, humouring him. What happened next was a revelation. Hairs standing up on my neck, I was immersed in the most amazing and dynamic performance of Chopin’s Preludes Op. 10, Nos. 1-5, played by Mei-Ting Sun, the winner of a competition held by Yamaha in 2002. More such mind-blowing pieces followed, this time recorded by other contestants. What could I say, other than that the Disklavier had arrived and that I was a faithful convert? Needless to say, an upright soon arrived at Hilltop, followed by a C3 grand, and many hours have been spent in absolute joy listening to fabulous music coming from my own piano. I am sure that the adverts of the day said that back in the 20s!

I will not go into the intricacies of the system other than to say that if this medium had been available in the early twentieth century, then the pneumatic system would not have got a look in. Wayne Stahnke, worked for Yamaha from 1991 to 2001 and designed and improved many of the working systems of the Disklavier, many of them coming from his previous baby, the Bosendorfer SE (Stahnke Engineering) and fitted into the “Pro” model of Disklavier, this being the finest that money can buy.

Yamaha, ever pro-active in commercial marketing, came up with the idea of a worldwide piano competition. The deal was/is that the performers receive a monetary prize, the winner getting $25,000, on the understanding that all recorded performances are made available, free of charge to all, on the internet.

The competition has taken place every two years since 2002, and the hundreds of performance files are available for you, yes you, to download and to listen to either on your Disklavier or computer. Since 2004 it has also been possible to watch a video of the performance as it is taking place. Just type in Yamaha-e- Competition in the search bar or www.piano-e-competition.com in the address bar. This will get you into their website. The files can be found under the sub-heading Competition History, then either Contestants/Video/Midi files. The videos are especially fascinating as you can see the mannerisms, or lack thereof, of the contestants.

Sixty contestants from around the world send in their recordings to the judges at Minnesota and these are reduced to twenty-four. These lucky twenty-four then travel to the US, expenses paid, to audition on a 9′ Yamaha Disklavier “Pro”. These are the files you can access. Some identical pieces are played by different performers and it is most interesting to listen and compare the different approaches to the music.

Most large successful companies have a weakness to be found, and I believe Yamaha’s to be the lack of top-notch recording artists such as Brendel, Ashkenazy, Argerich etc. Now wouldn’t it be just wonderful if we could walk into a shop and buy their Midi files!

Yes, you will always have those who say that you may as well put on a CD, and also those that say something is missing without the rustle of paper and the hum of a motor. Yes, Duo-Art, Ampico and Welte pianos are wonderful instruments, especially taking into consideration the age of the technology, and also the fact that they are still working 100 years on. Most certainly the Disklavier will not be here in 100 years… but what does it matter? Let us not delude ourselves: none of us will be either, so clear your mind of all prejudice and just listen. I have enjoyed many hours mesmerized by the sheer quality of the performances.

I found it interesting to read in PPG Bulletin 101 an article by former Vice President, Michael Magnus Osborn, in 1986, now twenty-five years ago, called ‘The Way Ahead’ in which he ponders the possibilities offered by ‘Yamaha’s new Piano-Player’. He ends the article by suggesting that ‘Those of us who love our Duo-Art (or Ampico or Welte) reproducers will find it hard to accept this young upstart, but modern technology (and who better than Yamaha to do it, I suppose) should be able to achieve more than our old suction-driven marvels’.

How many of us, I wonder, have had our eyes opened by the technology or have indeed acquired a Disklavier since that time? If you have, I’d enjoy hearing from you.