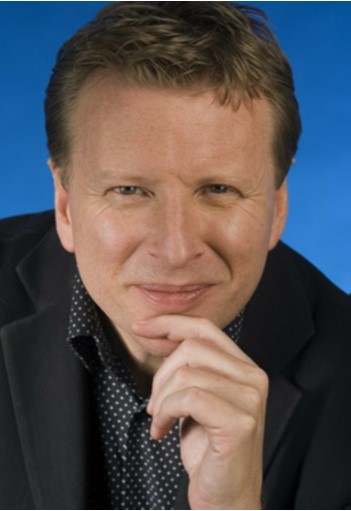 At the Musical Museum AGM it was announced that the Player Piano Group had recently appointed the London-based Australian pianist Piers Lane as its new President. He succeeds Peter Katin, who served for many years in that office, but died in March 2015.

Piers Lane’s English father and Australian mother met while auditioning as piano students at the Royal College of Music in London. Piers was born in 1958 in London but grew up in Brisbane, Australia and studied at the Queensland Conservatorium of Music.

He first came to the attention of the musical world when he was named Best Australian Pianist at the Sydney International Piano Competition in 1977. Since then he has gone on to develop an extremely diverse career as concert pianist, chamber musician, accompanist, soloist and broadcaster, with a particular emphasis on unusual or rarely-performed works. His recordings include romantic piano concertos by d’Albert, Alnæs, Delius, Dreyschock, Ireland, Kullak, Mackenzie, Moszkowski, Paderewski, Parry, Sinding, Stanford, and Tovey, and, with the Goldner String Quartet, Piano Quintets by Arensky, Bloch, Bridge, Bruch, Dvorak, Elgar, Harty, Pierné, Taneyev and others. There are complete sets of the Études of Saint-Saëns (including one group for the left hand alone), the Concert Studies of Moscheles, the Études and Préludes of Scriabin, the piano concertos of Malcolm Williamson and the Violin Sonatas of Delius, with Tasmin Little.

Reducing Piers’s accomplishments to mere statistics, he has over 90 concertos in his repertoire; he has played in more than 40 countries, has recorded 50-plus CDs and has presented over 100 programmes for BBC Radio 3.

As a teacher, Piers became Professor of Piano at the Royal Academy of Music in London in 1989. Since 2007 he has been Artistic Director of the Australian Festival of Chamber Music, and he is currently Artistic Director of the Sydney International Piano Competition. From 2006 to 2013 he directed the annual Myra Hess Day at the National Gallery in London. From this sprang his collaboration with actress Patricia Routledge on a theatre piece devised by Nigel Hess which explores Dame Myra’s work throughout the Second World War. This show, entitled “Admission: One Shilling”, has been performed over 70 times throughout the UK and more recently throughout Australia and Belgium. Much more information can be found on Piers’s own website at: http://www.pierslane.com/index.html, including his award in the Queen’s Diamond Jubilee Birthday Honours of the rank AO (Officer of the Order of Australia) for distinguished services to the arts.

Piers is well aware of, and interested in, the player piano and piano roll recording technology. John Farmer has recently had a letter published in the journal International Piano in which he recalls that, while giving Piers a lift in his car some years ago, he played him a Ken Casswell recording of a Granados roll. John recalls that Piers cried out: “That is amazing! Who on earth is that pianist?”. On being told that it was the composer himself, Piers obtained a copy of the CD without delay. (Another artist happy to be influenced by these Welte recordings was Alicia de Larrocha, the celebrated Granados exponent).

When contacted about this appointment, Piers modestly replied: ‘I am honoured that you feel my name may be of some use to the Player Piano Group.’ In fact, the Group is very fortunate to have secured the interest and confidence of an artist of such renown. The repertoire of the player piano includes many pieces nowadays seldom played by mainstream pianists, and this concern with neglected music and rarities is mirrored in Piers Lane’s own chosen output. We can be proud that his name will now feature in our publications and in our publicity material.