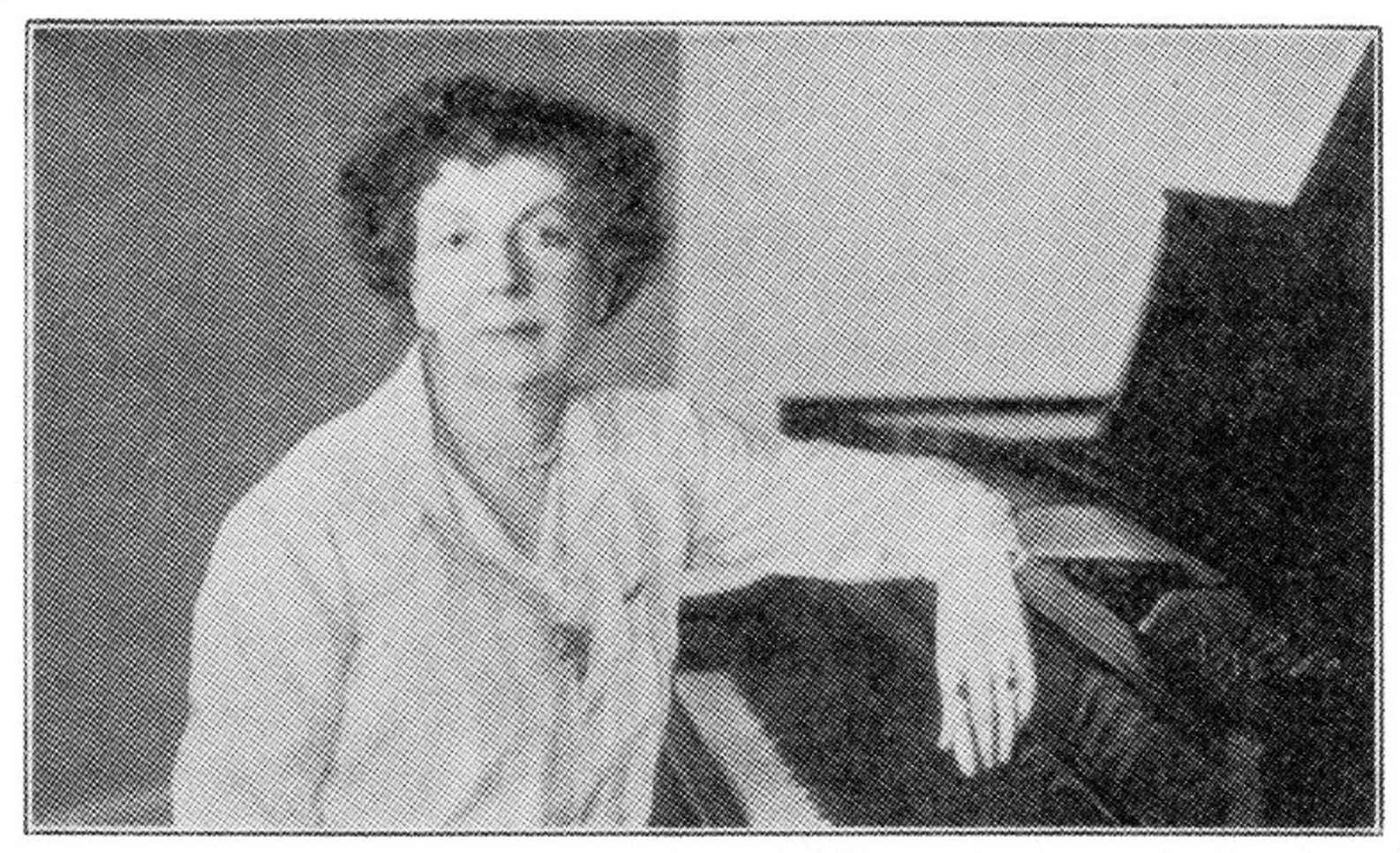 Cécile Chaminade, one of the most represented composers on piano roll, requires no introduction to the player piano owner. She features within almost every piano roll catalogue as well as much literature and promotional material. In particular, with regard to the Aeolian Company, Chaminade’s reach spans from the first 65n piano catalogues through to the Metro-Art era and then lastly to the final days of 88n and Duo-Art roll production. The focus of this article, though, is related to Op. 165, a Nocturne, composed in 1924.

It’s fair to say this “Queen of the realm of Melody” had built a rapport with Reginald Reynolds, they met professionally during her nine London Duo-Art recordings released between 1923 and 1925. Reynolds even notes in his memoirs the admiration he had for the composer’s kind and compassionate nature. This built up to the point in December 1924 when, together with another piece (most probably Op. 166 Berceuse Arabe), Chaminade presented Reynolds with the Nocturne as a Christmas gift. Reynolds played these pieces through before placing them in a drawer and thanking Chaminade for the kindly gift. It was only several months later, on returning to that drawer, that Reynolds discovered the Nocturne was in fact dedicated to him. Hopelessly late he hastened to write an appreciation for the honour but, alas, did not hear from the celebrated composer again. 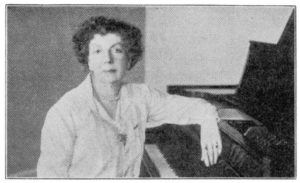 The latter half of the 20’s saw Chaminade’s health and popularity decline, resulting in her gradual retirement from public life. Her final published composition, The Scared Nave Op. 171, came in 1928. A last Duo-Art performance (74047 – Elevation Op. 76, No. 2) was released shortly after, in 1930. Eventually Chaminade moved to Monte Carlo in 1936, declining health resulted in her passing on the 13th of April 1944.

After learning of this work the author made an extensive search for a production roll. However, no 65 or 88 note issue appears to have been produced by roll manufacturers at the time. In his 1996 article “Duo-Art Roll Speeds and Recording Methods” Rex Lawson refers to a Duo-Art original (the roll immediately produced by the Duo-Art recording studio for playback purposes) of Nocturne Op. 165 performed by Reynolds himself. Unfortunately, this was not produced commercially by the Aeolian Company and the original purpose unknown.

So, almost a century later, the PPG has issued a special cutting of this piece with the aim of bringing the work back into circulation and to connect its rich history with the player piano once again.

The first step was to manually “type” the published score into music notation software. For this the 1925 publication from Enoch & Cie was used, courtesy of the Petrucci Music Library. Editing some elements of articulation and phrasing could also be carried out at this stage.

As any instrumentalist will inform you, notes written on manuscript will not always be played for the full duration that they denote, similarly some notes will be carried a fraction further than that stated. A musician will automatically account for this during performance but mechanical means of performing the piano will need all of this information to be “programmed” into the roll. Once this had been completed then a MIDI (Musical Instrument Digital Interface) file could be generated which, in turn, was imported into Julian Dyer’s Perforation Editor program. 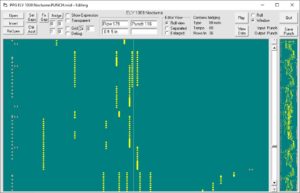 Put succinctly, Julian’s software allows the user control of every conceivable roll editing technique, all in the comfort and pleasure of one screen. I’m quite sure that the roll markers and editors at the Aeolian factory, Hayes, would have rejoiced at such luxury! No need for a marking board, copious amounts of paper and stationary, just the click of a mouse will do it all. Although the author has now produced several rolls using this method he recommends that any specific questions are directed to Julian, who ultimately knows the inner details of this marvellous software.

With the score in digital roll format the other elements of articulation, phrasing, pedalling, bridging patterns and (most importantly) theming could take place. Many hours of adding punches here and removing them there simply flies by at this stage, carefully sculpting the roll to the needs of the player-pianist. The most notable, and obvious to the observer, is the delaying of notes that are to be accented. This is done so that other notes striking simultaneously will not observe the “Themed” level of the instrument. The desired note to be accented (receiving a greater suction level) will, in theory, strike the piano string at the same time as its counterparts (due to its greater velocity). To aid the player pianist the start of each accented note is punched with a continuous slot, a practice Aeolian used in their 88n rolls. Eagle eyed readers (who have played the roll) will have noticed that the E above middle C is accented on both sides of the pneumatic stack. This follows later Aeolian practice so that rolls are suitable for earlier instruments and those post 1914 with the altered stack division point.

Once the new digital “master” file had been completed this was then sent to Mr Dyer for perforation and spooling. This was completed using his 88n perforator originally built by Steve Cox of Laguna rolls. It is this machine that Julian uses to perforate his ever growing selection of excellent re-cut 88n and Duo-Art rolls, you can find out more by visiting www.pianorolls.co.uk.

The final stage was to attach the printed leaders and add the dynamic & tempo markings onto the roll. Readers may be interested to learn that the template for the leader was produced using elements of a Hickie & Hickie Ltd 65n circulating library roll. As for the printed instructions throughout the roll, these were added by using traditional rubber hand stamps. Great care was taken to try and closely match the format of Aeolian’s stamps, sampling printings on rolls from 1912 through to the 1930’s. Approximately 30 separate stamps were used, covering every instruction contained within the original score.

Finally, after all these stages had come together, production rolls were available to PPG members from October 2020. A limited stock is still available to purchase, please contact the Secretary if you wish to find out more. Similarly if you have any further questions about the production of this roll then please direct them to either Julian Dyer or Benjamin Ely for further information. 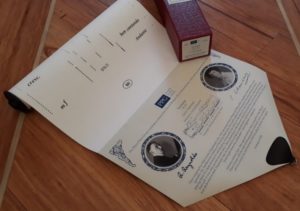